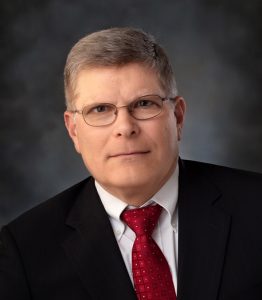 Keith Riley has been a resident of Columbus since 1986. Originally from Missouri, he earned a Bachelor of Science in Agriculture from the University of Missouri. Keith has spent the past 37 years in Pharmaceutical Sales where he prided himself on offering outstanding customer service.

Keith previously held a real estate license in Columbus from 2003-2011 during which time he successfully helped many families find their new home. He is also an auctioneer with 42 years of experience.

Keith and his wife, Tammy, are the parents of two daughters, Caitlin & Megan. They are members of First United Methodist Church where Keith has served on the Trustees board. Keith has also coached girls’ softball, served as a 4-H Project Leader, is a member of the Columbus Rifle Club and has been a member of the Columbus Civil Service Commission for 25 years. His hobbies include restoring tractors and spending time with his family.